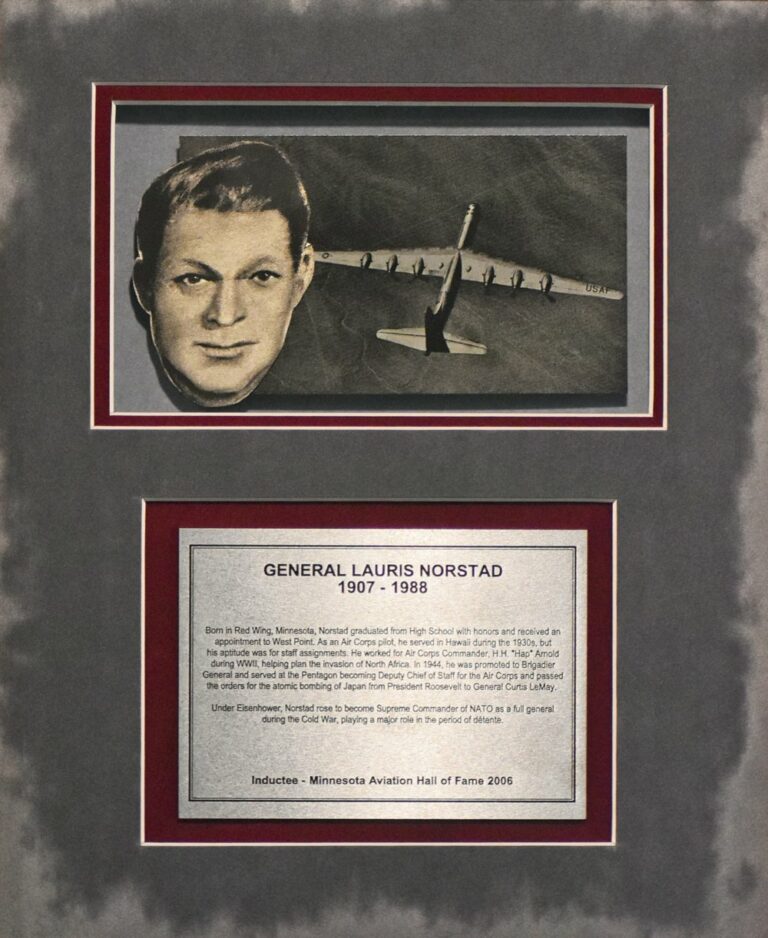 Born in Red Wing, Minnesota, Norstad graduated from High School with honors and received an appointment to West Point. As an Air Corps pilot, he served in Hawaii during the 1930s, but his aptitude was for staff assignments. He worked for Air Corps Commander, H.H. “hap” Arnold during WWII, helping plan for the invasion of North Africa. In 1944, he was promoted to Brigadier General and served at the Pentagon, becoming Deputy Chief of Staff for the Air Corps and passed the orders for the atomic bombing of Japan from President Truman to General Curtiss LeMay.

Under Eisenhower, Norstad rose to become Supreme Commander of NATO as a full general during the Cold War, playing a major role in the period of detente.