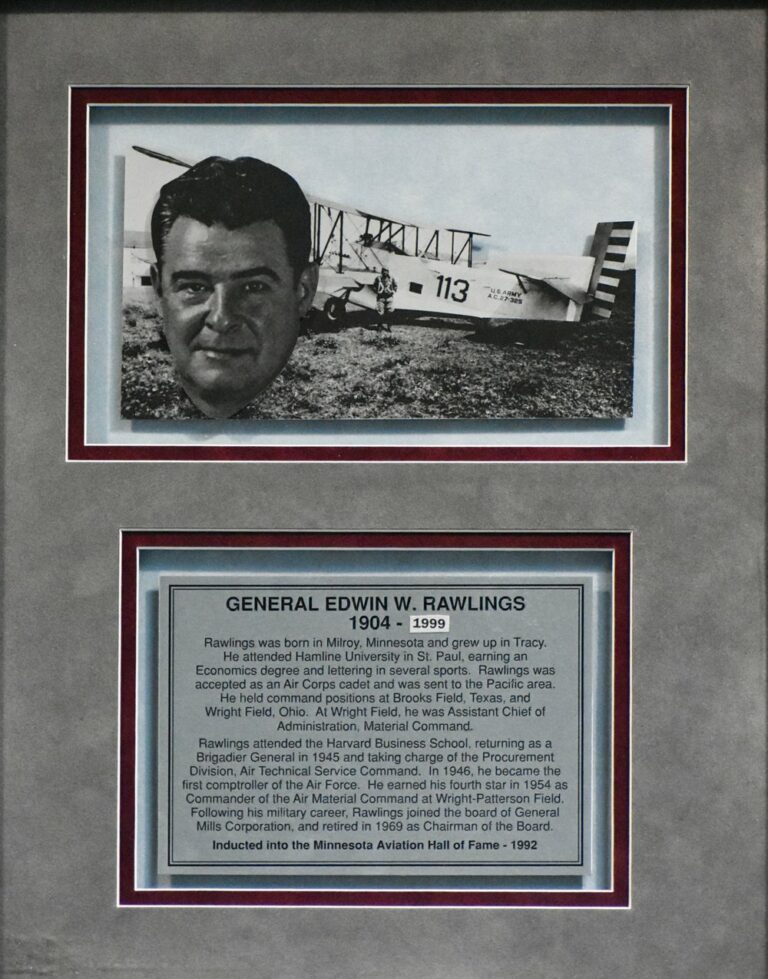 Raised in Tracy, Minnesota, Rawlings attended Hamline University in St. Paul before entering the Air Corps, receiving his commission in 1930. He served at bases in Hawaii and Texas, becoming an administrative officer. After Pearl Harbor, Rawlings commanded the Aircraft Production Section of the Air Material Division. In 1947 he became the first Air Force Comptroller as a 2-star General. In 1951 he became Commander of the Air Material Command, retiring in 1959. He was the youngest 4-star General in the Air Force at age 40.