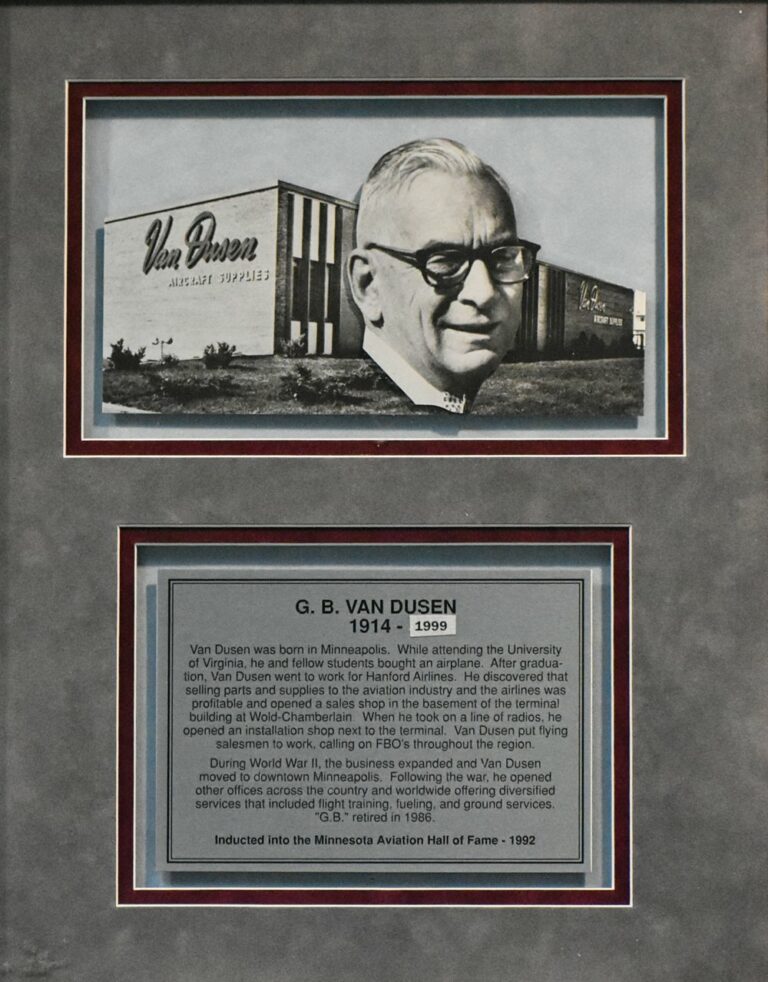 G. B. Van Dusen is one of Minnesota's most successful aviation businessmen. He started his aircraft parts business in the basement of the Wold-Chamberlain terminal building in 1940, and soon expanded into a hangar next to the terminal. He derived the idea of sending flying salesmen to call on airport operators in the small towns across Minnesota, and later, the nation. Among his sales reps were Sig Gudmundson, Don Hanson, and Johan Larsen. During the war, he moved to downtown Minneapolis, and after the war, opened offices in New York, Boston, Pennsylvania, New Jersey, Virginia and Miami. He eventually had offices at 24 locations here and abroad, though his main offices remained in the Twin Cities. Besides parts, the company also engaged in flight training, fueling, and other ground services. In 1954, the company became publicly held.