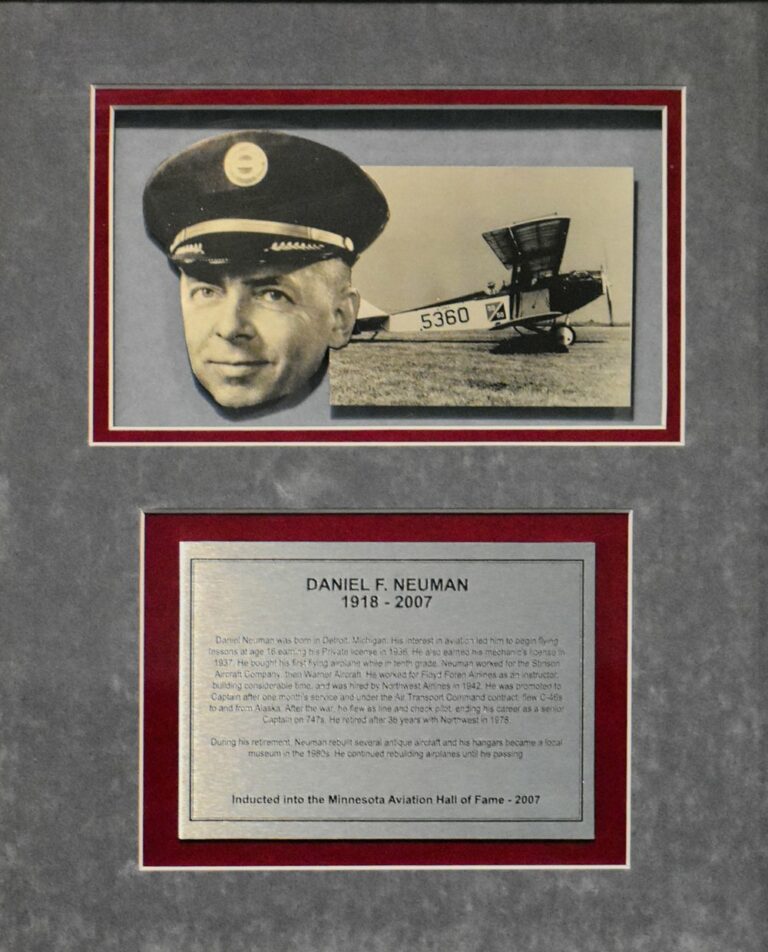 Daniel Neuman was born in Detroit, Michigan. His interest in aviation led him to begin flying lessons at age 16, and earned him his Private license in 1936 and his mechanic’s license in 1937. He bought his first flying airplane when in tenth grade. Neuman worked for the Stinson Aircraft Company, the Warner Aircraft Company and for Floyd Floren Airlines as an instructor, building considerable time and was hired by Northwest Airlines in 1942. He was promoted to Captain after one month’s service and under the Air Transport Command contract, flew C-46s to and from Alaska. After the war, he flew as line and check pilot, ending his career as a Senior Captain on 747s. He retired in 1978 after 36 years with Northwest Airlines.

During his retirement, Neuman rebuilt several antique aircraft and his hangars became a local museum in the 1980s. He continued rebuilding airplanes until his passing.