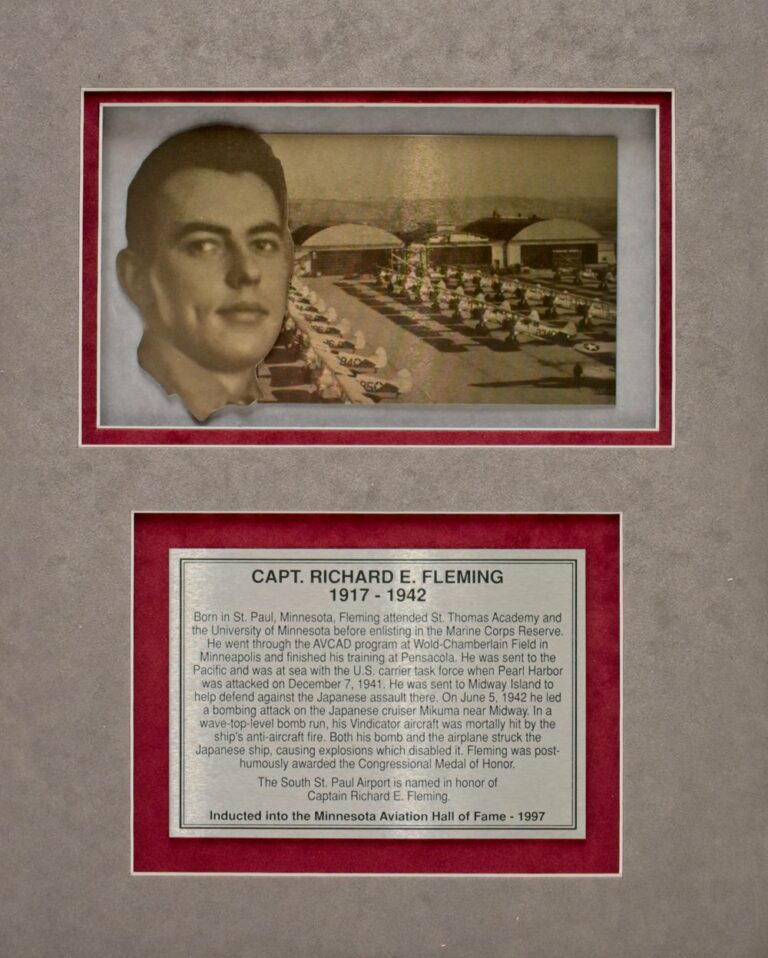 St. Paul native Richard Fleming attended St. Thomas Academy and the University of Minnesota before enlisting in the Marine Corps Reserve. He went through the AVCAD program at Wold-Chamberlain Field in Minneapolis and trained at Pensacola. He was sent to the Pacific and was at sea with the U.S. carrier task force during the attack on Pearl Harbor December 7, 1941. He went to Midway Island to help defend against the Japanese assault. On June 5, 1942, he led a bombing attack on the Japanese cruiser Mikuma near Midway. He died when his Vindicator aircraft was struck by the ship’s anti-aircraft fire. Both his bomb and the plane struck the Japanese ship, exploding and disabling it. Fleming was posthumously awarded the Congressional Medal of Honor.