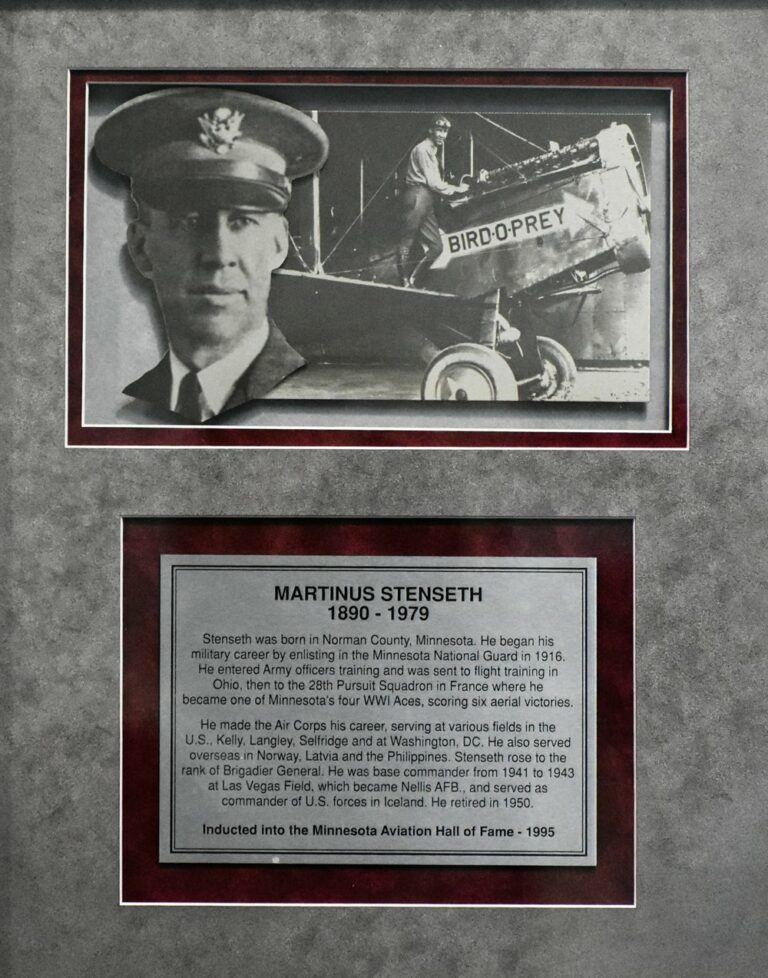 Stenseth, who was born in Norman County, Minnesota, enlisted in the Minnesota National Guard in 1916 and took Army officers’ flight training in Ohio. As a member of the 28th Pursuit Squadron in France, he became one of Minnesota’s four World War I aces and scored six aerial victories.

Stenseth made the Air Corps his career and served overseas in Norway, Latvia and the Philippines as well as at several fields in the United States including Kelly, Langley, Selfidge, and the Washington D.C. air base. In the process, he rose to the rank of brigadier general. During World War II he was base commander of Las Vegas Field (now Nellis Air Force Base) from 1941-1943 and then commanded U.S. forces in Iceland. He retired in 1950.