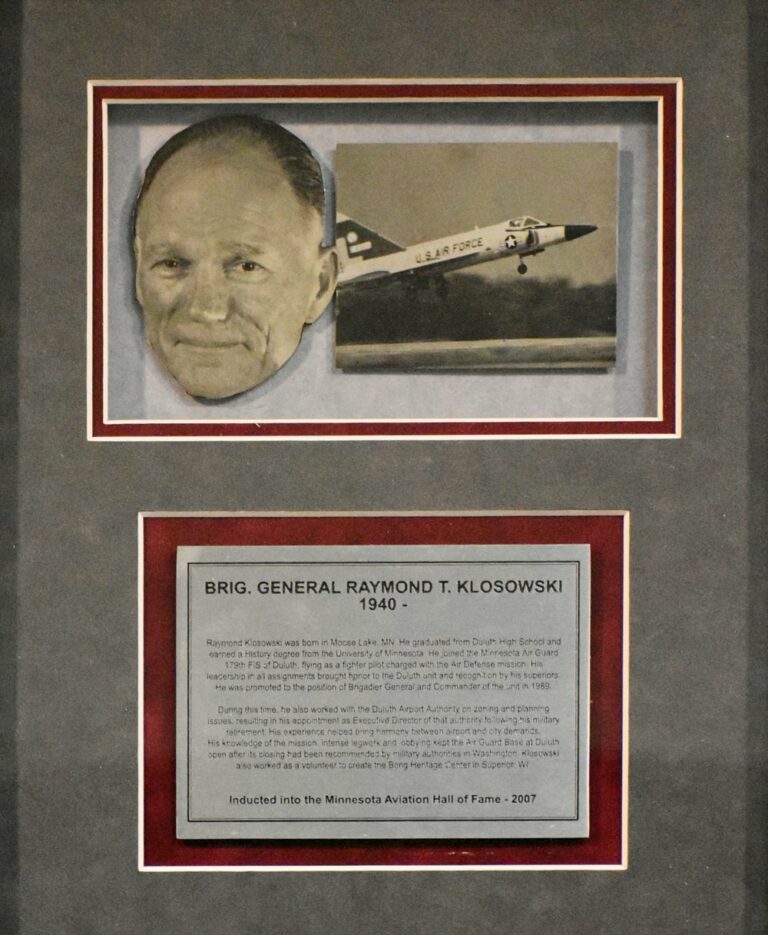 Raymond Klosowski was born in Moose Lake, MN. He graduated from Duluth High School and earned a History degree from the University of Minnesota. He joined the Minnesota Air Guard 179th FIS of Duluth, flying as a fighter pilot charged with the air defense mission. His leadership in all assignments brought honor to the Duluth unit and recognition from his superiors. He was promoted to Brigadier General and Commander of the unit.

During this time, he also worked with the Duluth Airport Authority on zoning and planning issues, resulting in his appointment as Executive Director of that authority following his military retirement. His experience helped facilitate harmony between airport and city demands. His knowledge of the mission, intense legwork and lobbying kept the Air Guard Base at Duluth open after its closing had been recommended by military authorities in Washington. Klosowski also worked as a volunteer to create the Bong Heritage Center in Superior, WI.