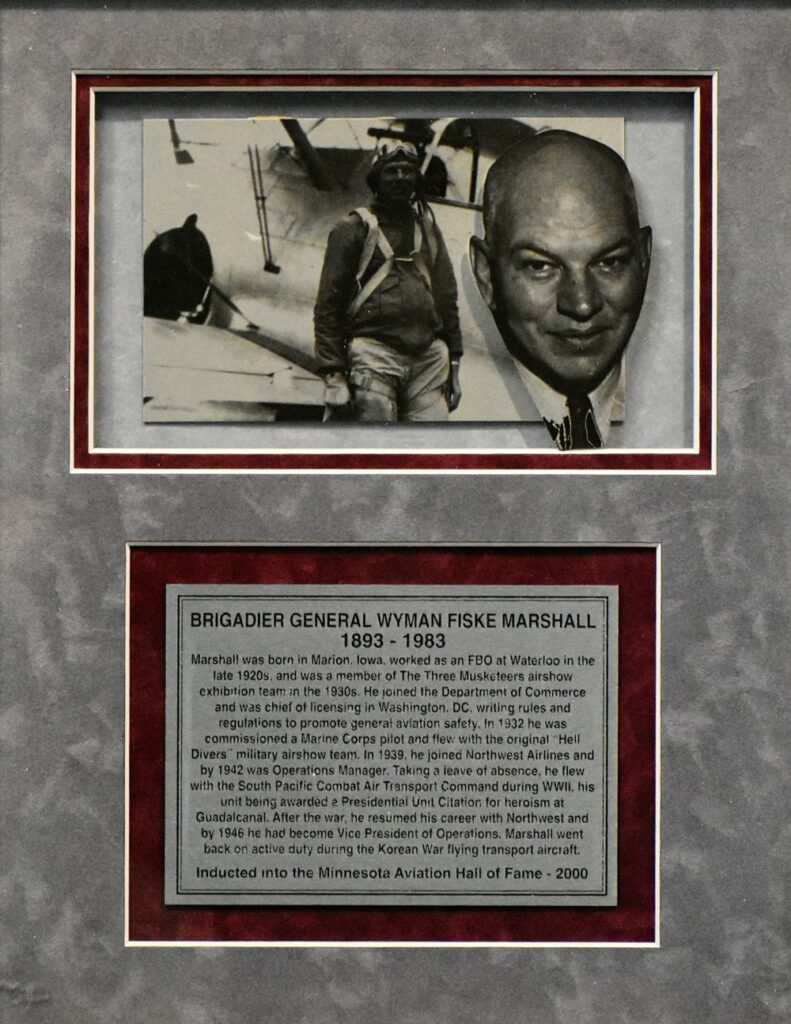 Brigadier General Wyman Fiske Marshall of Marion, Iowa, worked as a fixed-base operator (FBO) at Waterloo in the late 1920s and as a member of the Three Musketeers air show exhibition team in the 1930s. He became licensing chief for the Department of Commerce in Washington, D.C., where he wrote rules and regulations promoting aviation safety. In 1932 he became a Marine Corps pilot and flew with the original “Hell Divers” military air show team. Marshall joined Northwest Airlines in 1939 and became operations manager by 1942.

During World War II Marshall flew with the South Pacific Combat Air Transport Command. His unit received a presidential unit citation for heroism at Guadalcanal. After the war he resumed his career at Northwest and by 1946 had become vice president of operations. Marshall went back on active duty during the Korean War, flying transport aircraft.