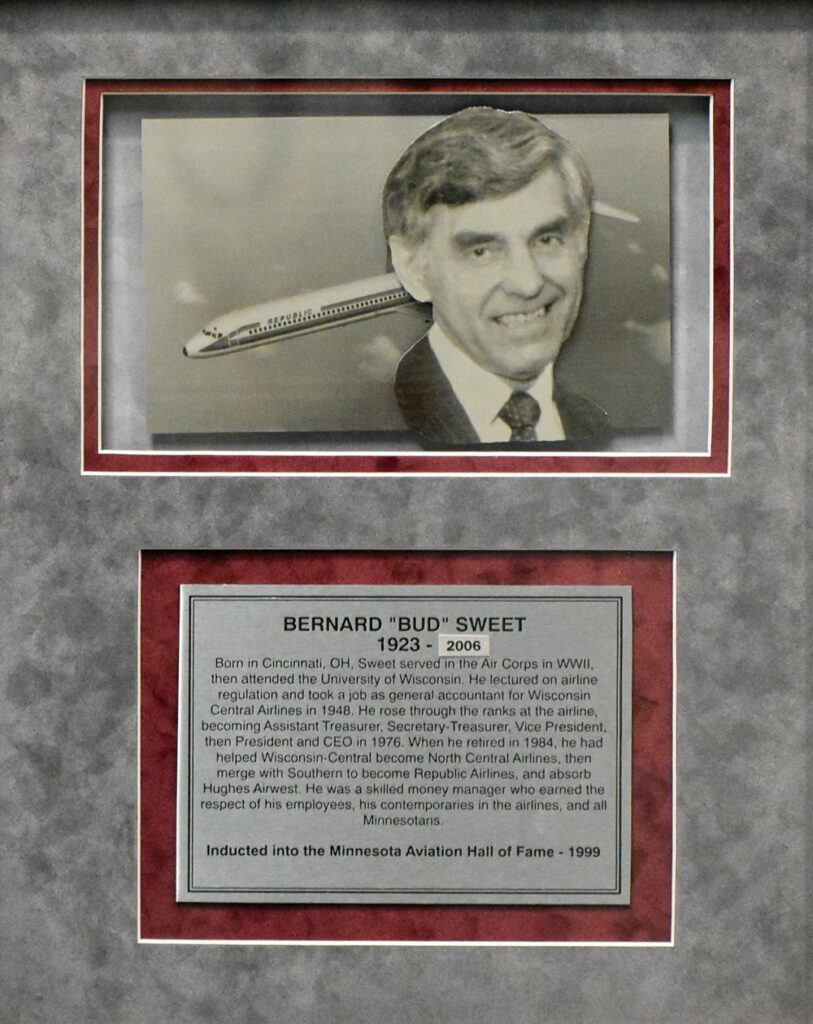 Cincinnati-born Bud Sweet served in the Air Corps in World War II before attending the University of Wisconsin. He lectured on airline regulation and worked as a general accountant for Wisconsin Central Airlines in 1948. He rose through the ranks, becoming assistant treasurer, secretary-treasurer, vice president and finally president and CEO in 1976.